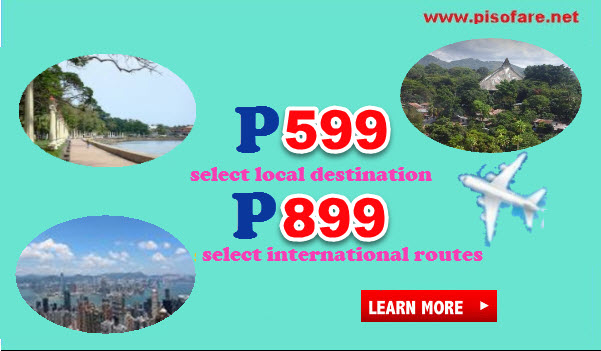 Are you looking for cheap airline fares for your trips in the last five months of 2017? Well, you might as well check this sale seats which are good for travel for July, August, September, October, November, December 2017.

On this Cebu Pacific seat sale, as low as P599 can be booked for trips in the Visayas and Mindanao area. Not only that for P1,099, travel to many places in the Visayas from Manila and Cebu!

Trips to international destinations such as Taipei or Hongkong cost only P899. Travel to other Asian cities for as low as P1,599 or P2,099.

Shared below are sample ticket booking for Davao to Dumaguete Promo 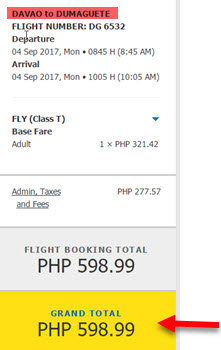 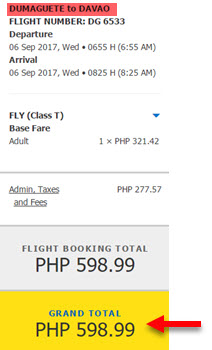 Check this ticket booking for Manila to Hongkong; Hongkong to Manila Seat Sale. 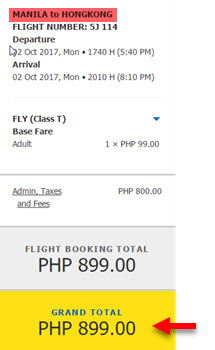 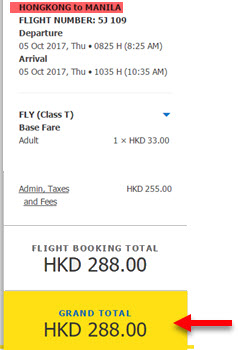 The Hongkong to Manila promo fare cost only HKD288 equivalent to Php1,838.

Cebu Pacific quoted ticket prices are good for one-way trip. Booking for round trip tickets may be done depending on promo ticket availability for your route.

How to avail the Cebu Pacific Promo Fares?

Here are the List of Cebu Pacific ticketing offices in Metro Manila, Luzon, Visayas and Mindanao.

Booking online is the fastest way of obtaining the promo fares. Here is a Guide in Booking Cebu Pacific tickets online.

Limited seats on sale! Book or buy the sale tickets fast to get the lowest airfare for your trips!