Travelers, were you able to get cheap tickets for your trips in the next several months? How about checking the new Cebu Pacific promo fares 2018- 2019 as low as P199 base fare? 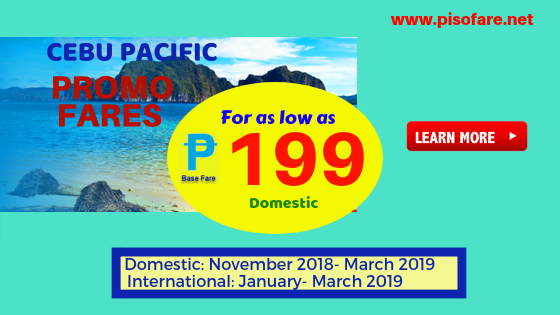 Affordable fares can be yours via the new seat sale of budget airline, Cebu Pacific Air. Domestic promo fare starts at P199 base fare while international travel costs as low as P1,199 base fare.

Grab the affordable fares now! Sale tickets are valid for local Philippine journeys from November 2018 until March 2019. Meanwhile, Cebu Pacific promo ticket for foreign routes can be used for January to March 2019 flights.

Booking for the low fares is ongoing until October 26, 2018.

Quoted ticket prices are base-fare promos, except sale tickets for Australia (Melbourne and Sydney) travel are ALL IN fares.

Cebu to Clark or Kalibo 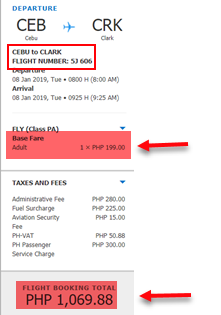 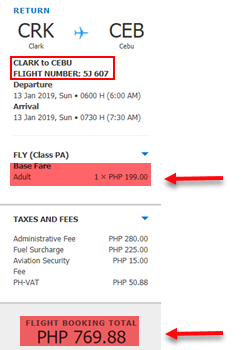 Clark to Davao or Tagbilaran

Cebu to Pagadian or Tandag

Davao to Dumaguete or Tacloban

Manila to Narita or Osaka

The Cebu Pacific low fares include 7 kilos hand carry baggage. As checked baggage is not included in the fare, it is advisable to pre-purchase a Checked Baggage Allowance to get a discounted rate. Checked baggage fee is cheapest when purchased during initial booking. Buying Prepaid Checked Baggage Allowance and other Add-Ons can be done up to 4 hours before your scheduled flight departure.

Read here Cebu Pacific Checked Baggage Fees when pre-booked or when paid at the airport.

Watch out for more promo fares 2018 to 2019, PISO FARE 2019 of Cebu Pacific, Philippine Airlines, Air Asia, Skyjet and other airlines in our Facebook: PISO FARE TICKET!!!