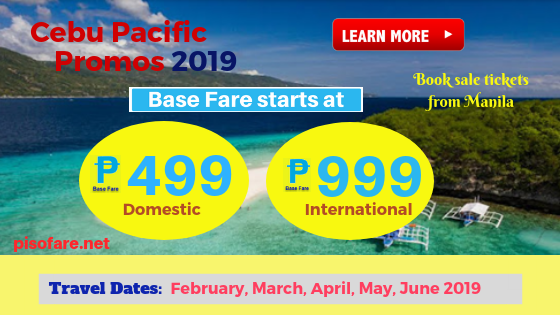 Have you planned your trips this year? Consider the latest domestic and international promos of Cebu Pacific which are good for travel starting February 15 until June 30, 2019 except flights to Batanes, Australia and Dubai which have different travel dates.

Booking for this seat sale is ongoing until January 5, 2019.

Check out this Cebu Pacific seat sale; affordable fares available for trips from Manila to various places in Luzon, Visayas and Mindanao.

To prove that this seat sale is legit, we went online to check availability of Cebu Pacific promo fares. Shared below are sample ticket bookings for Manila to Iloilo sale ticket/ Iloilo to Manila promo ticket 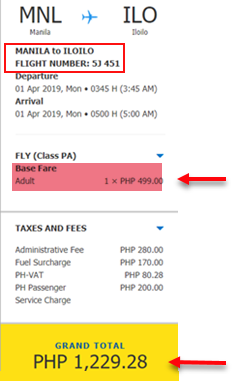 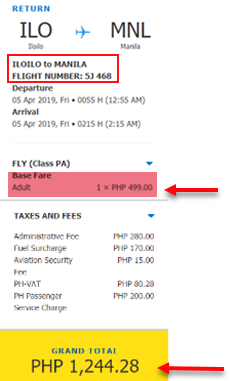 Manila to Dumaguete or Tagbilaran

Manila to Coron (Busuanga) or Ozamiz

Manila to Pagadian or Tablas

Manila to Guangzhou or Macau

International promo fares below are good for trips from January 21- June 30, 2019

How to Get Cebu Pacific Promo Fares

So, do you want to avail the promo tickets? Don’t wait too long. Book the sale tickets as soon as possible. You have more than 4 months to choose from when to fly to your coveted destination.

Cebu Pacific promo fare tickets are LIMITED, may not be available on all flights! Book FAST!

Need more promo updates? Like us in Facebook: PISO FARE TICKET to get the latest seat sale update in your newsfeed!