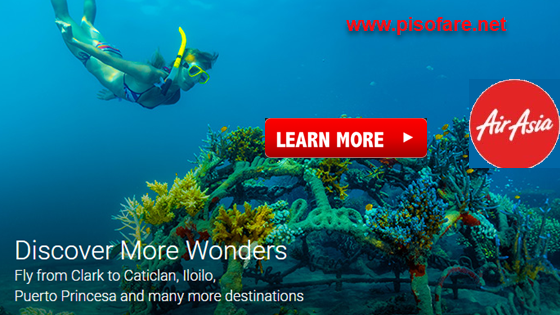 Happy Monday, Piso Fare readers! Looking for cheap tickets for your trips on the next several months? Check the Air Asia sale tickets for the first 6 months of 2018!

Air Asia sale tickets are limited, and available on select flights only. If interested, please book online the soonest possible time at the airline booking website: www.airasia.com. There is no promo code needed when booking.

Grab Air Asia domestic promos as low as P866 for Clark to Kalibo trip. Low fares are available for other domestic routes.

Air Asia international sale ticket as low as P1,590 can be booked for Manila to Kota KInabalu. Trips to Taipei, Macau and Kuala Lumpur cost as low as P2,490 for one-way trip from Manila.

The sale tickets of Air Asia are available only thru online booking at Air Asia website: www.airasia.com.

To help you plan your vacation, check the List of 2018 Philippine Holidays and Long Weekends