Want to avail affordable fares for your travel? You may want to look at these Air Asia promo fares for May to November 2017 trips!

Starting today, until May 28, 2017, Air Asia’s discounted fares can be book for your flights to local Philippine destinations and select international routes.


These Air Asia’s low fares can be used for trips on these months: May, June, July, August, September, October and November 2017. Avail nearer date flight low cost fares by booking in advance.

Tickets might not be so cheap but considering that the travel dates are for this month and the succeeding months, these are good buys.

Air Asia promo tickets are LIMITED and available on selected dates only. Be flexible on your travel dates and search for the cheapest ticket for your trip. 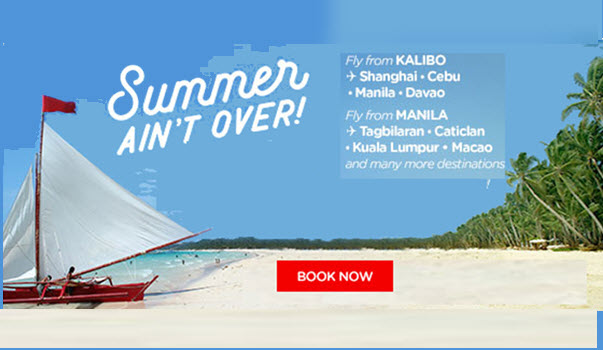 Want a guide in deciding on your travel dates? Here is The List of 2017 Holidays and Long Weekends

Do you wish to avail the Air Asia low fares? Well, you can get the affordable tickets of Air Asia by booking online at their website: www.airasia.com. Promo code not needed for booking.

Air Asia low fares are good for one-way journey. Inclusions are the base fare, VAT and airport taxes (except for airports in which airport taxes is paid during departure).

Sale tickets are not refundable. Flights and date changes are allowed with corresponding change fees. Change in names are not permitted. Ticket full payment shall be made upon booking.

Till the next promo announcement!!!