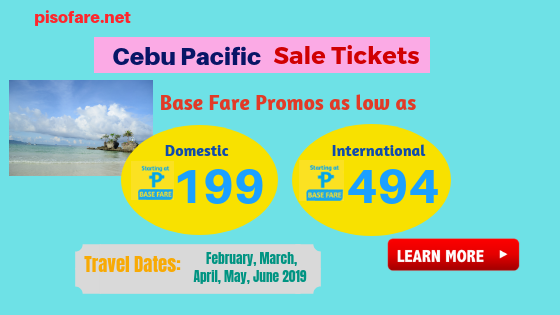 In this promo, Cebu Pacific domestic promo starts at P199 base fare. Sale tickets are from the airline hubs in Cebu, Cagayan De Oro, Clark, Davao or iloilo to various Philippine destinations

Book your foreign trips thru Cebu Pacific international seat as low as P494 base fare. Popular places like Singapore, Bali, Incheon and more destinations included in this seat sale. 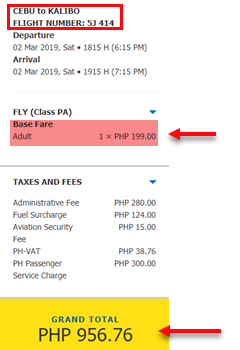 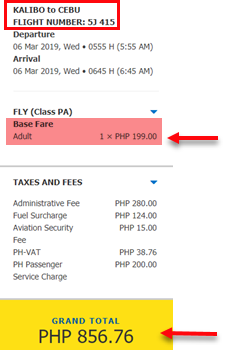 Davao to Bacolod or Zamboanga

Davao to Dumaguete or Tacloban

Manila to Kuala Lumpur or Singapore

Cebu or Kalibo to Incheon

Cebu Pacific base fare promos are limited and may not be available on all flights.

How to Avail Cebu Pacific Promos

In the Cebu Pacific seat sale, you have 4.5 months to choose from including the summer months. Book or buy the affordable fares ASAP to get the lowest fare!