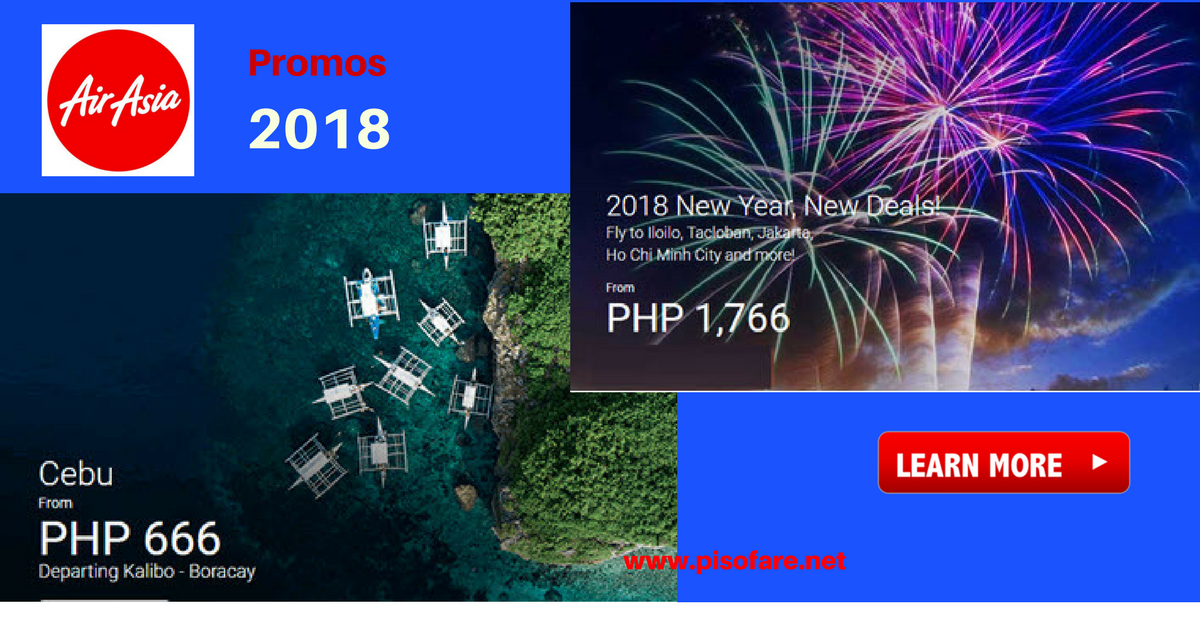 Air Asia international destinations from the Philippines are also on sale. Travel to Kota Kinabalu for only P1,590. Or, why not seize the opportunity to visit Hong Kong or Taipei? The Taiwan visa free for Filipinos will expire by July 31, 2018.

Good for one-way trip, Air Asia sale tickets are limited, thus, it is best to book your tickets the soonest possible time.

The Air Asia affordable fares can be booked by logging online at www.airasia.com and book your ticket via their website. No promo code needed.

Fares include 1 piece 7 kilos hand carry bag, but checked baggage allowance is not covered by promo fare. To save on baggage fees, it is recommended to pre-book your checked baggage especially if you will be bringing heavy or several bags during your flight.