You are here: Home / Archives for PAL Express Promo 2014

Visit Pisofare.net for the latest airline promo fares as well as hotel deals. Compare the fares of different airlines and choose the cheapest! Never miss out a new post, follow us on Facebook or subscribe to our email feed. 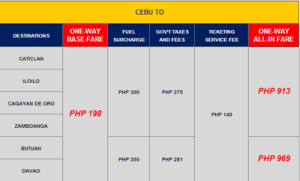 Philippine Airlines, the country’s flag carrier, and PAL Express has a new domestic promo for the months of February and March 2014. They are offering domestic tickets from Manila, Cebu and Davao for only 198 and 398 Pesos (BASE FARE only). Tickets are now being sold and promo will last until February 5, 2014. With…