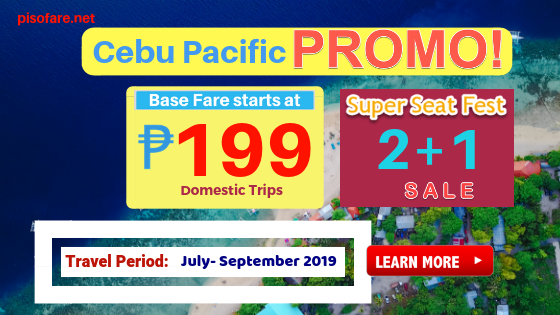 Via the ongoing promo of Cebu Pacific, you may avail base fare as low as P199 for one-way domestic trip, or Cebu Pacific Super Seat Fest 2 + 1 Sale for select local and international destinations.

Domestic base fare promos are up for booking from the airline hubs in Cebu, Cagayan De Oro, Clark or Iloilo to select local destinations. 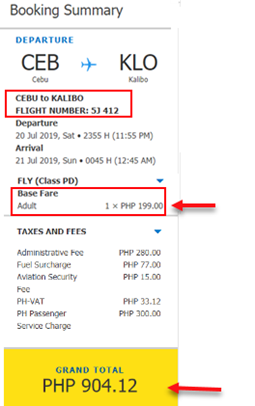 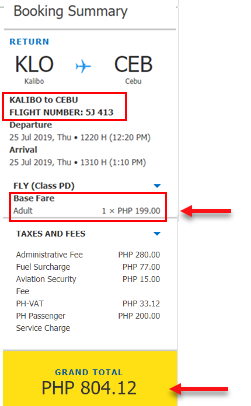 Cebu to Dipolog or Zamboanga

Cebu or Clark to Macau

Manila to Brunei or Hong Kong

Above Cebu Pacific promo fare rates are base fare promos except for Manila to Melbourne and Sydney flights. Sale tickets are good for one-way travel and do not include Web Admin Fee, Fuel Surcharge, Passenger Service Charge and VAT.

Get the Cebu Pacific promo ticket by booking online at www.cebupacificair.com. Another option would be purchasing the low fares at Cebu Pacific ticket and sales offices in the various areas in the Philippines and other countries. Also, you may call Cebu Pacific Reservation hotlines and reserve the low fares with the company’s CSR.

Want to book ticket online but you don’t have a credit card? No worries as there are other payment options: a) pay thru debit card, b) pay via internet banking (BancNet facilities), or c) Payment Centers.

Read How to Pay Promo Tickets in Cash

Also, on promo are Cebu Pacific 2+1 Sale ticket to select local and international destinations. Just use the Promo Code: EXTRAONE to avail promo.

For this sale, you need to book for 3 persons, 1 guest base fare is free. 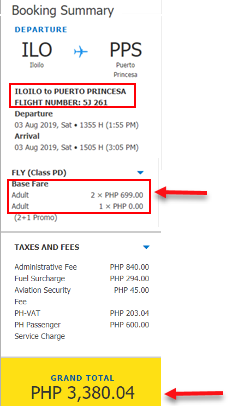 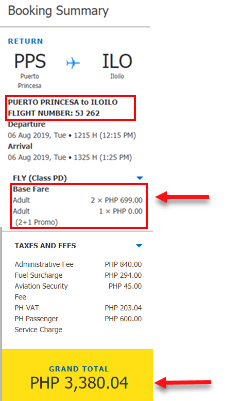 Since there is a promo code in availing promo fare, you need to book online to get promo ticket.