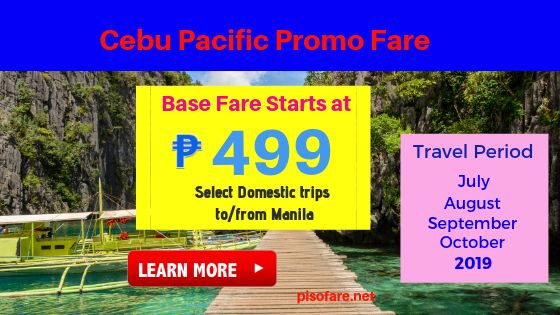 Here are domestic base fare promos of Cebu Pacific Air starting at P499 base fare to select domestic destination!

Not able to book during the Cebu Pacific piso fare? Check the new Cebu Pacific sale tickets which are good for flights to and from Manila. 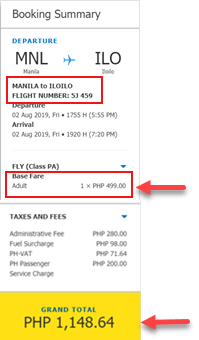 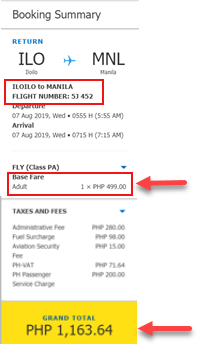 Manila to Coron (Busuanga) or Ozamiz

Hand carried baggage allowance: up to 7 kilos which can be fitted inside the airline overhead bin.

Checked baggage allowance: none. You may purchase Prepaid Baggage Allowance if you will be bringing more than the allowed hand carried bag weight.

Also a reminder to guests flying with Cebu Pacific or any airline: Dangerous items are not allowed for hand carry or check-in.