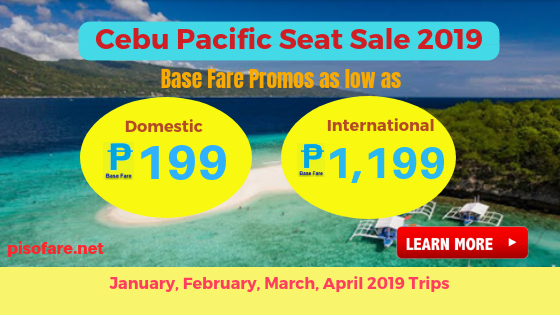 Travelers, here are great news for you! New Cebu Pacific promo fares as low as P199 up for booking for 2019 travel!

This is your chance to get low fares for your trips in 2019, including early summer trips in April 2019. Many destinations are on sale from/ to Cebu, Manila, Davao, Clark, Cagayan De Oro.

Grab Cebu Pacific affordable fares from today until November 27, 2018. Promo tickets are limited and may not be available on all flights.

To prove that the Cebu Pacific promo is legit, we went online and search for promo fares. 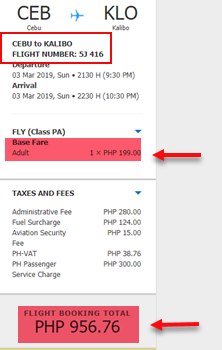 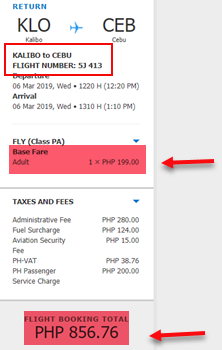 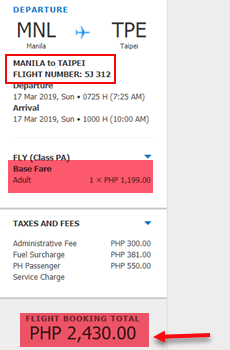 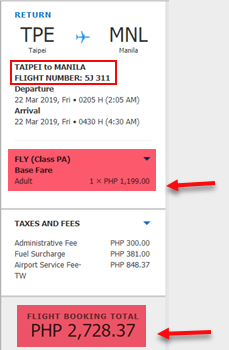 Quoted ticket prices cover the base fare and 7 kilos hand carry bag only. Web Admin Fee, Taxes/ Fees, Fuel Surcharge and Passenger Service Charge shall be added to the base fare to get the total promo ticket price.

How to Avail the Promo Fares of Cebu Pacific

As promo fares are limited, you need to book or buy the low fares as soon as possible to avail the cheapest ticket rate.

Grab your tickets now and travel to your desired Philippine or international destinations. Hurry and book now!