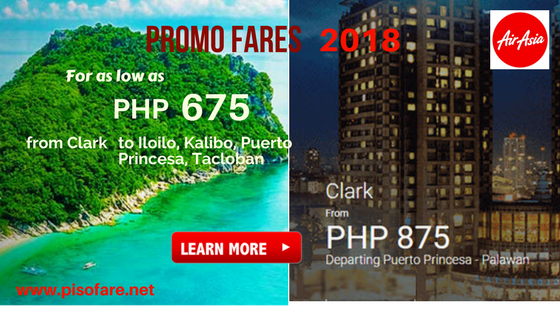 Check the Air Asia continues to offer low fares to local and international routes from its Philippines hubs!


Book as low as P675 for flights from Clark to Iloilo, Kalibo, Puerto Princesa and Tacloban. Return trips from these places to Clark cost as low as P875.

Lowest fare from Manila are the routes Manila to Cebu and Manila to Iloilo at P1,466. More Air Asia promo fares available for other Air Asia domestic flights.

Want to visit foreign places? Cheapest international trip on this Air Asia seat sale is the Manila to Kota Kinabalu for only P1,390. Check the sale tickets below for more international flight promos.

Air Asia sale tickets are limited and valid for one-way trip. promo fares may not be available on all flights. To get the lowest fare, book your tickets the soonest possible time. 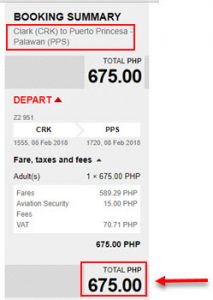 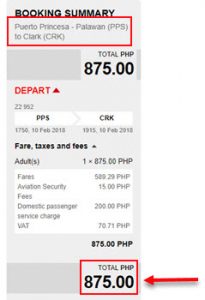 The Air Asia promo fares can be booked by going online at www.airasia.com and book your ticket via their website. No promo code needed.

Air Asia low fares include free cabin baggage of 1 hand carry bag plus laptop or handbag (total weight should not exceed 7 kilos), but checked baggage allowance is not covered by promo fare. To save on baggage fees, it is recommended to pre-book your checked baggage especially if you will be bringing heavy or several bags during your flight.